The Secrets of a Forgiving Heart

The Joseph of Genesis 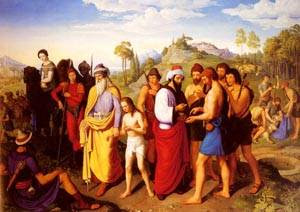 There is hardly a character in Scripture (apart from our Saviour whom this person foretells), who displays more compassion towards those who have offended him than Joseph of Genesis. Sold into slavery at the age of seventeen by his own older brothers who should have protected him is a hard pill to swallow.

But it is clear from Genesis chapters 41-50 that his heart towards them has grown soft, by the mighty power of God. And from Joseph we learn  some of the secrets of a forgiving heart.

Secret 1: "Time heals"
Joseph did not have to face his brothers until 20 years after they had sold him into slavery. Twenty years to ponder the ugly offence. Twenty years for anger to subside. Twenty years to ponder his own role in their offence (do you really have to tell other people your dreams?) We do not often move from unforgiveness to forgiveness in one move. Normally it's through steps that move from "I can't stand them/unforgiveness" to "I like them" to "I love them". Allow yourself time to forgive. 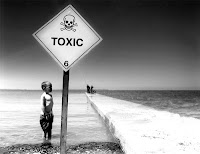 Secret 2: Ask God for a soft heart
The very worst outcome of an offence is a hard heart of bitterness or hate. And the trouble is that unlike the physical one full of different chambers, the human heart is a single pool. One drop of bitterness can make a whole heart toxic. We know that Joseph's heart was soft, because he is often moved to tears when he hears or sees his brothers. Guard your heart for it is the wellspring of life, and ask God for a soft heart towards the person who has offended you.

Secret 3: Learn not to retell the injury to others
This is a thermometer of forgiveness. On two occasions, Joseph refuses to name his brothers as the culprits (before the cup bearer and among his officials, whom he sends out of the room). You know God is growing forgiveness in your heart if you no longer tell the tale.

Secret 4: Be prepared to do your enemies good
Joseph is bountifully good to his brothers: he gives them free food, he takes care of their donkeys, he invites them for a lavish feast. We may not get the opportunity, but if it came our way, would we be prepared and willing to love and feed our enemy? And thereby demonstrate that we are children of our Father in heaven? 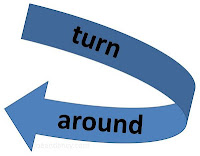 Secret 5: Remember that in the good providence of God, even this offense is a servant
Joseph had begun to understand the Greater Hand that had sent him to Egypt, there to become a 'saviour'. And this helped him to take the pressure off his brothers, for it was not them, but God who sent him to Egypt. In some remarkable way, the offence will be turned around for our good, the good of others and the glory of God.

Secret 6: You have been forgiven the greater - find it in your heart to forgive the lesser.
Joseph wouldn't have seen this as clearly as we can. But in the parable of the unmerciful servant Jesus taught the logic of Christian forgiveness. The sum is this: if we have been forgiven by God the enormous debt of our sin, then we ought to find it in our heart to forgive the tiny debt (by comparison) owed to us by the offender. Perhaps, if we are struggling with unforgiveness, our root problem is that we have forgotten the magnitude of our own sins which have all been forgiven by God by the blood of Jesus Christ.

It's not that forgiveness is easy, but by the grace of God we can come to a place where it is possible.

roysummersblogspot
I am the pastor of a medium size (in UK terms) church in Worcester, England.